Persecution of Muslims in India

Emgage Action and our partnering organizations are dedicated to holding the ruling Bharatiya Janata Party (BJP) in India accountable for their hostilities and dangerous rhetoric against religious and ethnic minorities. 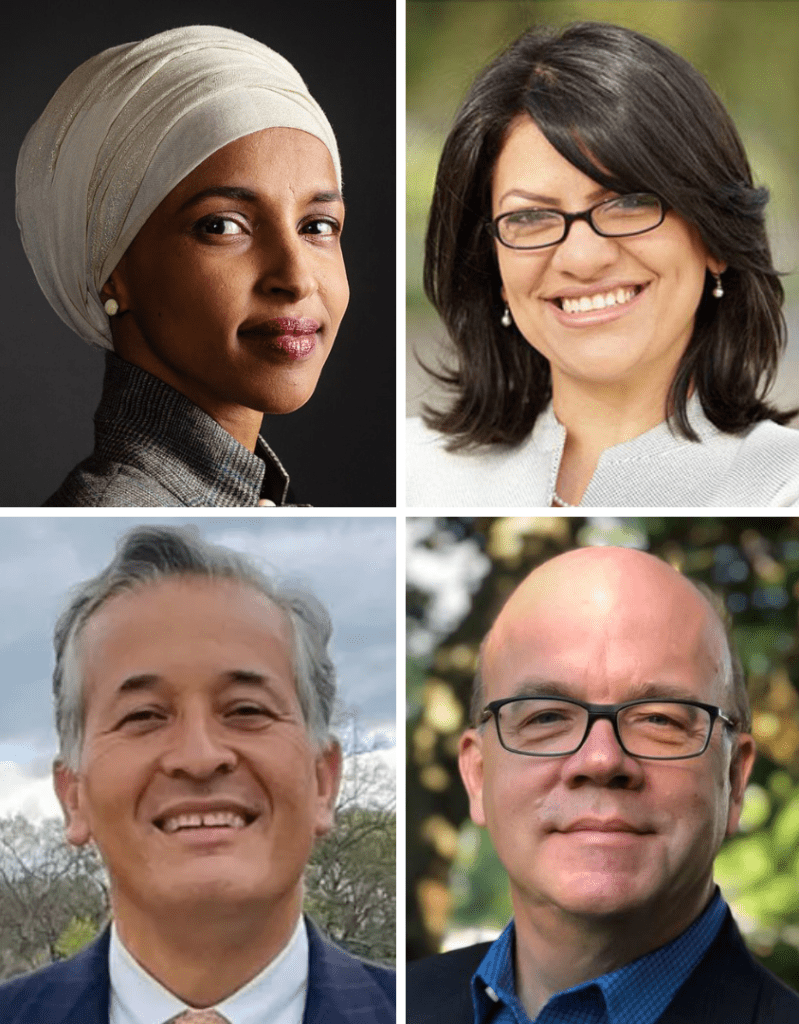 While the international community has largely remained silent on the plight of religious and ethnic minorities in India, we are proud to announce to our communities that as of June of 2022, members of Congress have started to take action. Congresswoman Ilhan Omar – along with Congress members Rashida Tlaib, Juan Vargas, and Jim McGovern – has introduced H.RES.1196: Condemning human rights violations and violations of international religious freedom in India, including those targeting Muslims, Christians, Sikhs, Dalits, Adivasis, and other religious and cultural minorities.

Note – bill progress is based on co-sponsorship by members of the House of Representatives (45%), the Senate (45%), and finally being signed into law by the president (10%).

CLICK HERE TO URGE YOUR REPS. TO TAKE ACTION FOR RELIGIOUS & ETHNIC MINORITIES IN INDIA BY SUPPORTING H.RES.1196

The Republic of India has stood on secular principles that aim to provide equal protection to all religious and ethnic groups. 2014 marked a major shift when Prime Minister Narendra Modi’s Bharatiya Janata Party (BJP) became the ruling part of India, bringing right-wing Hindu-nationalism into the mainstream experience. In conjunction with the BJP, the Rashtriya Swayamsevak Sangh (RSS) organization, a closely affiliated paramilitary group, have worked systematically to shift India from a secular country to a nation that promotes Hindutva  – an ideology seeking the hegemony of Hindus.

The BJP, a right-wing and Hindu nationalist party, has been the ruling political party of India since 2014, under Prime Minister Narendra Modi. The party shares ideological ties and works in conjunction with the RSS and is committed to Hindutva.

Reminiscent of European fascistic movements of the early and mid 1900s, Hindutva can be described as a right-wing extremist philosophy adhering to a concept of homogenized majority and cultural hegemony of the Hindu population in India. Hindutva has also been described as religious absolutism.

Founded on 27 September, 1925, the RSS is a right-wing, paramilitary, and Hindu nationalist umbrella organization dedicated to forming a Hindu nation. The RSS was born out of inspiration from European right-wing groups during World War II, such as the Nazis and Italian Fascist Party. The organization was outlawed three times, most prominently in 1948 when an RSS member assassinated Gandhi.

Genocide Watch has outlined that India is showing early “signs and processes” of genocide, specifically within the State of Assam and Indian-administered Kashmir.

We recommend that Members of Congress call upon PM Modi to:

Despite being home to over 200 million Muslims, 2000 ethnic groups, and adherents to every major religion in the world, the secular foundation of India is crumbling. The establishment of Hindutva by the BJP as a national philosophy presents the deterioration of India’s identity as a democracy and a nonacceptance of India’s multifarious population. Far-right prejudices have become embedded amongst independent institutions, the police, and the justice system. Most importantly, Hindu nationalism has given rise to extremism and sectarian violence, with nationalist groups threatening, intimidating, and attacking religious minorities, mainly Muslims. The BJP has undoubtedly incited this violence through inflammatory rhetoric.

The BJP has embraced Hindutva ideals and RSS ideology, providing political patronage and justification for violence and intolerance. Equal protection for Muslims under the law has suffered. Several states have adopted policies that target Muslims, the most recent example of which would be the hijab ban in Karnataka and the demolition of Muslim owned businesses. BJP and government officials, including Home Minister Amit Shah, have compared Muslims to infiltrators and termites when vowing to expand checks used in Assam to other states, further reinforcing the message of unacceptance towards Muslims. In 2022, during a pilgrimage to Haridwar, multiple Hindu speakers called upon the community to take up arms against the Muslim minority.

Gregory Stanton, the founder and director of Genocide Watch, outlines the reasons why India may be showing the early “signs and processes” of genocide, specifically within the State of Assam and Indian-administered Kashmir. Genocide is more of a process instead of a single event, according to Stanton. This process in India is currently resembling the discriminatory policies by Myanmar’s government against Rohingya Muslims in 2017, which led to genocide. Stanton fears a similar scenario to Myanmar, where the Rohingya were first legally declared non-citizens and then expelled through violence and genocide. Some of the deeply concerning policies enforced by the BJP include the revocation of the special autonomous status of Indian-administered Kashmir in 2019 – which stripped Kashmiris of the special autonomy they had for seven decades – and the Citizenship Amendment Act, which granted citizenship to religious minorities but excluded Muslims.

In 1989, Stanton said he had warned the then-Rwandan president Juvénal Habyarimana that “if you don’t do something to prevent genocide in your country, there is going to be a genocide here within five years”. The early warning signs were followed by the massacre of 800,000 Tutsis and other Rwandans in 1994. “We cannot let that happen in India,” Stanton said. Genocide Watch began warning of genocide in India in 2002, when a three-day period of inter-communal violence in the western Indian state of Gujarat resulted in the killing of more than 1,000 Muslims.

“Under BJP’s leadership, India became one of the most dangerous countries for Muslims and Christians in the world. They are being persecuted physically, psychologically and economically,” activist and academic Apoorvanand wrote in an OpEd for Al Jazeera. “Laws are being passed to criminalise their religious practices, food habits and even businesses.”