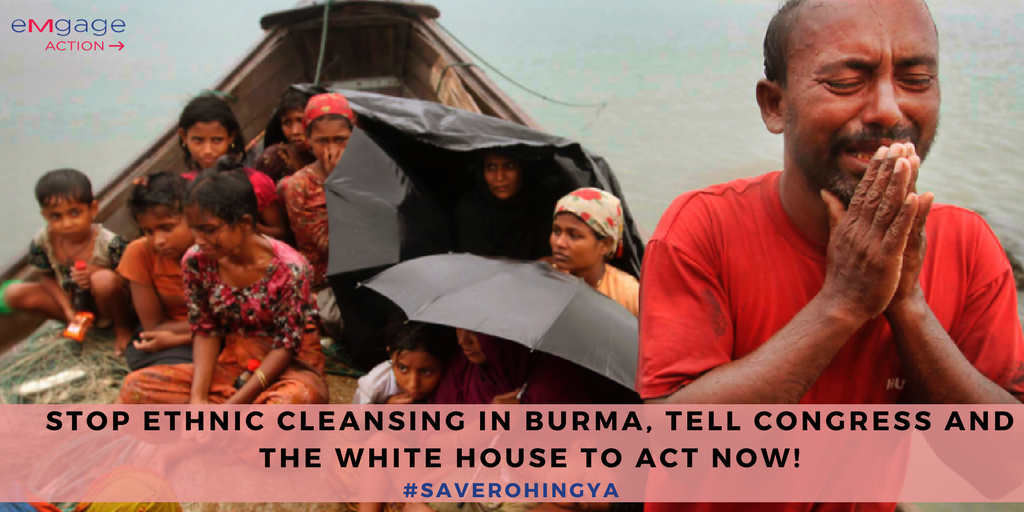 In advance of the United Nations Security Council’s December 12 meeting on the situation in Burma, we, a global coalition of 69 human rights, faith-based and humanitarian organizations, urgently call on the Council to take immediate action to address the campaign of ethnic cleansing and mass atrocity crimes, including crimes against humanity, committed against the ethnic Rohingya population by Burma’s security forces in northern Rakhine State, as well as the continuing restrictions on humanitarian assistance throughout the state since October 2016.

Words of condemnation by the UN, including the Security Council’s Presidential Statement on November 6 and the UN General Assembly’s Third Committee’s adoption of a resolution on Burma, have not resulted in Burma’s government ending its abuses or holding those responsible to account. It is time for prompt, concerted and effective international action.

Burmese authorities are still heavily restricting access to northern Rakhine State for most international humanitarian organizations, human rights monitors, and independent media. Most of Burma’s Rohingya population, estimated at more than one million, have been forced to flee to Bangladesh as refugees. Despite a bilateral agreement between Burma and Bangladesh, there are insufficient guarantees that return at this time can be informed, safe and voluntary, that requirements for documentation of prior residence will not be used as a pretext to reject legitimate returns, that temporary holding centers will not become semi-permanent internment camps and that returnees will have the same rights of movement, access to livelihoods and health and education services as other residents of Rakhine State. The UN Fact-Finding Mission, which is tasked with preparing a report on abuses nationwide, has thus far been prevented from gaining access to the country.

Over 646,000 Rohingya have been made refugees since August 25, when Burmese security forces launched “clearance operations” in response to armed attacks on security posts by the Arakan Rohingya Salvation Army (ARSA). Refugee testimonies provide overwhelming evidence of Burmese military-led atrocities during these operations, and a similar campaign that had begun in October 2016. The crimes against humanity perpetrated against the Rohingya include massacres and other unlawful killings, widespread rape and other sexual violence, looting, deportation and mass arson of hundreds of Rohingya villages. The violence also displaced tens of thousands of people from other ethnic minorities. Rohingya who remain in Burma continue to face severe food insecurity and threats in addition to systematic violations of their rights to a nationality, freedom of movement, and access to healthcare, education, and livelihood opportunities.

The Burmese government has the primary responsibility to protect its diverse population without discrimination and regardless of ethnicity, religion or citizenship status. But, the civilian and military leadership of Burma, including the military’s Commander-in-Chief Senior General Min Aung Hlaing, refuse to even acknowledge the serious human rights violations against the Rohingya and continue to deny any wrongdoing by state security forces in Rakhine State while ignoring decades of institutionalized discrimination against the Rohingya community.

We urge the Security Council to immediately impose an arms embargo against Burma’s military that covers the direct and indirect supply, sale or transfer, including transit and trans-shipment of all weapons, munitions, and other military and security equipment, as well as the provision of training and other military and security assistance. The Security Council should also place targeted sanctions on senior officers responsible for crimes against humanity or other serious human rights violations. Financial sanctions should target senior officers who ordered criminal acts or are liable as a matter of command responsibility. The Security Council should explore all avenues for justice and accountability, including through international courts.

If the pledge to “never again” allow atrocities means anything, the Security Council cannot delay action any longer.