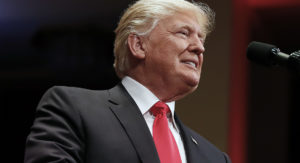 A clear majority of voters support President Donald Trump’s travel ban on visitors from six predominantly Muslim countries, according to a new POLITICO/Morning Consult poll. Polling on the travel restrictions has varied wildly since the Trump administration unveiled the first executive order on travel in late January. But after months of litigation and controversy, 6-in-10 voters back the ban — and the survey suggests the actual policy may be more popular when separated from the president.

Asked whether they support or oppose the State Department’s “new guidelines which say visa applicants from six predominately Muslim countries must prove a close family relationship with a U.S. resident in order to enter the country,” 60 percent of respondents said they support the guidelines, and only 28 percent oppose them.